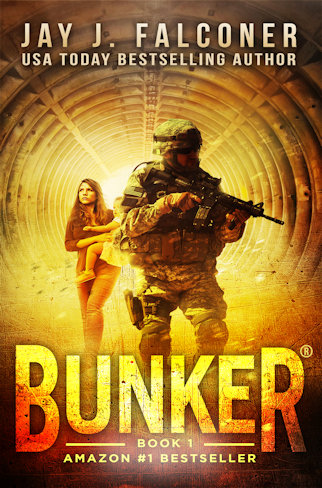 When the end comes, it will be swift. Merciless. Few have the ability to survive, especially the small mountain community of Clearwater, Colorado.

Without power or technology, the desperate townspeople turn to a mysterious drifter, Jack Bunker, for help when a group of innocents go missing.

The former military man has the skills to keep them alive, but overcoming his own personal demons will put everyone at risk.

Yet, the story doesn't end there.

The Mayor of Clearwater soon learns dark forces are amassing in the shadows, preparing to unleash an evil far worse than anyone could have imagined.

An evil even Jack Bunker might not be able to stop.

Book 1 of 5 in the Mission Critical Series

Don’t own a Kindle? No problem! Kindle books can be read using the Free Kindle Reader App for your Web Browser, iPhone, iPad, BlackBerry, or Android.

FREE KINDLE READER FOR YOUR DEVICE 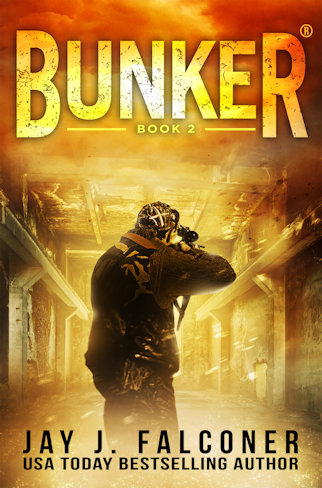 Those Who Resist, Triumph. Those Who Kneel, Serve.

When a covert communication is intercepted, Jack Bunker and the town leaders of Clearwater swing into action to uncover the secret behind its deadly intent.

However, before their defenses can be fortified and the threat neutralized, a ruthless faction gains a foothold, turning to kidnapping and torture for control.

As the body count rises, Bunker is forced to summon a part of himself he loathes in order to save everyone he cares about.

But rescuing his friends won’t be easy, not when the insurgents focus their attention on him and his mysterious past.

Book 2 of 5 in the Mission Critical Series 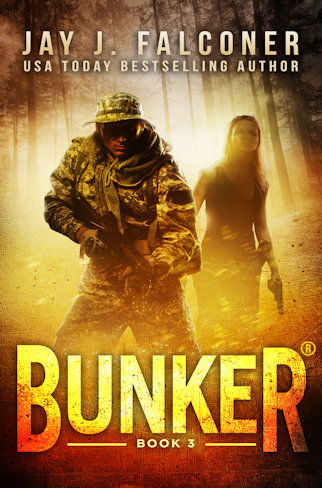 A Warrior Doesn’t Have Time to Bleed.

When the perpetrators finally reveal themselves, Jack Bunker finds himself the target of a deadly manhunt. They need him eliminated at all costs and are willing to unleash hell across the countryside to achieve their sinister plan.

But the trouble doesn’t end there.

News of a lethal, airborne threat spreads panic across the town of Clearwater, leaving everyone to fend for themselves when Bunker goes missing.

Book 3 of 5 in the Mission Critical Series 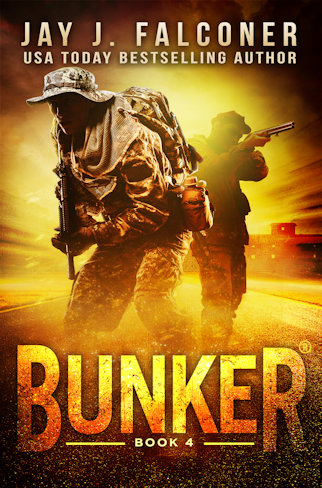 The insurgents rule of terror is complete. They control everything. Everything except a band of patriots who want their town back.

Reclaiming their home won’t be easy. Not against overwhelming firepower. But Jack Bunker is ready. He has the skills and training to lead them in an explosive battle of survival.

Victory will come at a steep price; however, when dark secrets are revealed, exposing some while protecting others. Treachery abounds as tempers boil, romance blossoms, and codes are deciphered, leading some to make deals with the enemy to settle old scores.

For Jack Bunker, trust soon becomes a luxury. So does time, when the grand conspiracy finally reveals itself.

Book 4 of 5 in the Mission Critical Series 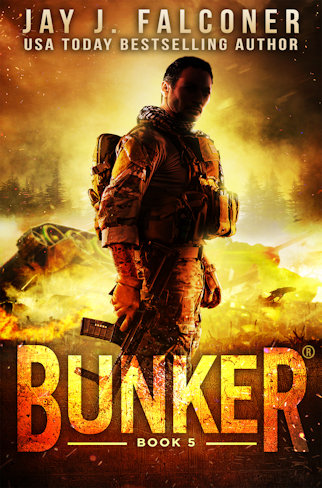 One Battle. One Man. One Mission.

Jack Bunker is back in the next explosive chapter of the Amazon Best-Selling Series.

The insurgents are dug in and ready for war. To them, it’s about guns, guts, and glory.

For Bunker, the flag and freedom are paramount. He’s prepared to fight, despite their overwhelming firepower.

As the final confrontation nears, Bunker knows death comes with it.

Some will perish so others can live.

But in the end, who will stand atop the rubble to claim victory and will there be anything left worth protecting?

Prepare yourself for an ending so shocking it will leave you breathless.

Book 5 of 5 in the Mission Critical Series