THE NARROWS OF TIME SERIES

When the Future Hunts the Past, Humanity is Doomed . . .

Budding physicist Lucas Ramsay was sure his reactor would change history. He was sure everyone would chant his name.

Unfortunately for the human race, he was right.

When his antigravity experiment succeeds in a way he never imagined, the planet is brought to its knees by an unstoppable force that crosses time and space to systematically exterminate all life on Earth.

Grid failures, anarchy, and murder are just the start when the planet is thrown into chaos. But just when Lucas thinks the nightmare couldn’t get any worse, he learns he’s been maneuvered into the middle of an intergalactic war, one where perception is measured on a planetary scale. Nothing is as it appears to be, challenging his faith in science and in reality.

Book 1 in the Narrows of Time Series

ORDER ON AMAZONORDER ON GOOGLE 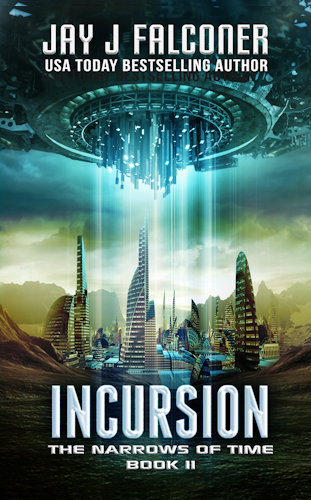 Lucas Ramsay thought he was ready. He thought his plan was foolproof. But he was wrong.

When the Baaku come for him on a remote Earth outpost, they challenge everything he knows to be true.

Soon, he’s on the run as a renegade, someone who’s willing to cross the line and do whatever it takes, all in a quest to find those he lost and set things right. He vows to never stop searching. Never stop fighting.

Not until he completes the Incursion Chamber and travels back in time to undo all he’s done.

Book 2 in the Narrows of Time Series

ORDER ON AMAZONORDER ON GOOGLE 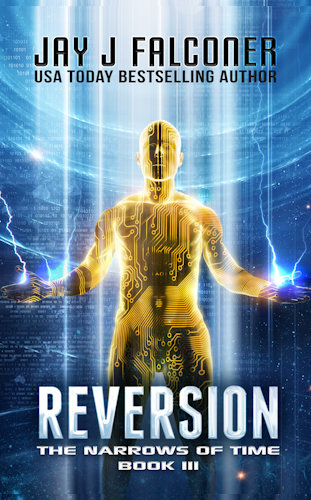 Can One Man Restore The Future?

Physicist Lucas Ramsay travels back in time to correct mistakes that have cost billions of lives, but runs into a new problem when his incursion pulls in hundreds of copies of himself from parallel universes.

Now his planned reversion is infinitely more complex as he's forced to do battle with evil versions of himself, some of whom want to craft a timeline more beneficial to their universe, but horrific to all the others, including Earth's.

Will Lucas be able to unscramble the paradoxes spreading across the multiverse before it's too late, or will he become yet another victim of his own past?

Book 3 in the Narrows of Time Series

Don’t own a Kindle? No problem! Kindle books can be read using the Free Kindle Reader App for your Web Browser, iPhone, iPad, BlackBerry, or Android.

FREE KINDLE READER FOR YOUR DEVICE